Upon reading the promotional premise to Le Week-End – a couple who spend a weekend in Paris and end up rediscovering their love for one another – I almost gave the cinema a miss altogether. What could be more clichéd, more droll, more sickly sweet than that? Indeed, as Robbie Collins points out in the Telegraph: “The first thing to say about Le Week-End […] is that its advertising campaign lulls you into a false sense of stupidity.”

Surprisingly, Roger Michell’s Le Week-End totally exceeded the limitations of my admittedly narrow-minded expectations. Le Week-End does indeed tell the story of a couple – Meg (Lindsay Duncan) and Nick (Jim Broadbent)  – who spend the weekend together in Paris. However, the difference here is that there are no canoodling couples in love, there are no stomach-churning overly romantic moments and most importantly, there are no in-your-face clichés. Our two protagonists are in fact approaching retirement age and are full of the kind of familiar neurosis and uncomfortably comfortable silences that only develop after years and years of each-other’s company.

Much of the film is enveloped in a suffocating sense of disappointment. This stems from the couple’s attitude towards one another, towards themselves and towards the vacuous space once filled by their now-adult and independent children. It is therefore a surprising and incredible feat of screenplay that writer Hanif Kureishi inspires in us a kind of affection towards this couple; a familiarity that goes beyond sympathy and into the realms of true caring. This is achieved primarily though the honesty and wit with which Meg and Nick interact. The realness of their emotional savagery towards one another creates moments of moving vulnerability that are totally relatable and likeable. 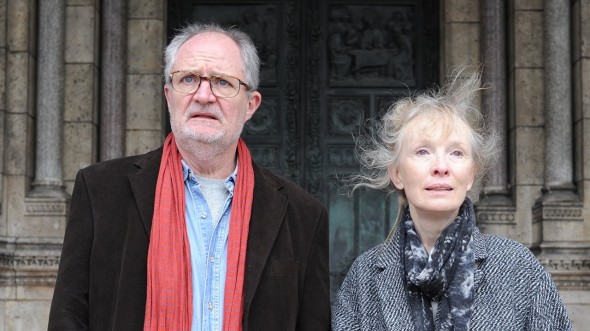 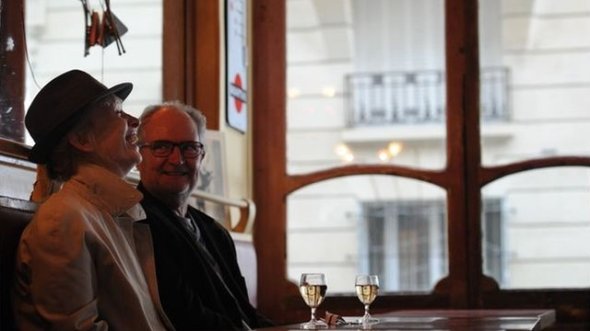 Duncan and Broadbent give warm and intelligent performances and the film’s comedic value is ramped up by an incredibly smug Jeff Goldblum who plays Morgan, an old acquaintance of Nick. This encounter highlights Nick and Meg’s disappointment with their own lives in the face of Morgan’s lavish Parisian lifestyle and culminates in a revelatory dinner scene that is almost unbearable to watch. The addition of a third character to Nick and Meg’s tumultuous pairing gives way for director, Michell, to take clear and deliberate inspiration from the fantastic French New Wave period of films – in particular that of Jean-Luc Godard’s ‘Bande à part‘ (1964) which includes an equally energising and charismatic threesome.

Fearlessly truthful, Le Week-End explores the inevitable lows, tensions and disappointments of a life that is, ironically, full to the brim with love and laughter. Too smart to offer us resolution: instead, we get reconciliation. This is reality in all its dark, demeaning rawness but it leaves us feeling warm, hopeful and incredibly grateful for its honesty.